are you talking to me? 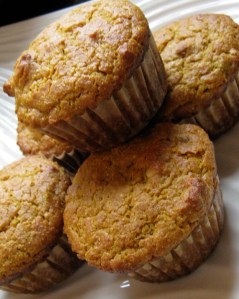 I recently read a blog post in which the author, also a mother of young children, had had a cold. In her post, she talked about how she’d listened to her body so she’d know how to help herself recuperate; and then she described her lunch, which consisted of something along the lines of steamed beet greens, tempeh and sesame seeds with a bowl of sliced oranges and a glass of soy milk on the side.

I marvel that there are bodies out there telling their people to eat like that. My own body, on a day last week when I’d been laid low by a virus myself, demanded a bacon, avocado and goat cheese sandwich on a croissant for lunch. Granted, it was a whole wheat croissant, but still, a far cry from the self-healing fare described above.

It’s comforting to think that I’m not the only one whose body speaks to her from a slightly less lofty place: my running coach, who is also a mother and leads such a busily giving life that it puts mine to shame, called me last week on the morning we were set to go out together and said, “I’d like to tell you that I’m sick and can’t run, but the truth is that I have a raging hangover.” Wisely, she stayed in bed that morning.

After hanging up the phone, did I consider the needs of my own overfed body and head out for a run on my own?

No, dear reader, I did not. I stayed home and made muffins and ate more than I should have while flipping through the latest Bon Appetit.

The soaking method for the raisins here comes from what I consider the best banana bread recipe ever; if rum seems too much, feel free to use water! Also note the lack of sugar in this recipe – I prefer to use apple juice concentrate, but brown sugar may be substituted.

Preheat oven to 400 degrees F. Line a 12-cup muffin tin with paper liners, or use 12 silicone muffin cups (I have never used these, but I hear they are fantastic!)
In a small saucepan, combine raisins and rum. Bring just to a boil then remove from heat and cover until raisins are plump and liquid is almost absorbed.
Meanwhile, in a large mixing bowl, stir together flour, baking powder, baking soda, cinnamon, cardamom, cloves, and ginger.
In a second bowl or large jug, combine oil, apple juice, pumpkin, yogurt, eggs and vanilla.
Stir wet ingredients until dry until just barely combined, keeping in mind that less stirring makes for lighter muffins. Stir in drained raisins and walnut pieces, if using.
Divide batter evenly among muffin cups, and bake 16-18 minutes, until muffins are risen and golden and a tester inserted into the centre of one comes out clean.
Makes a dozen.