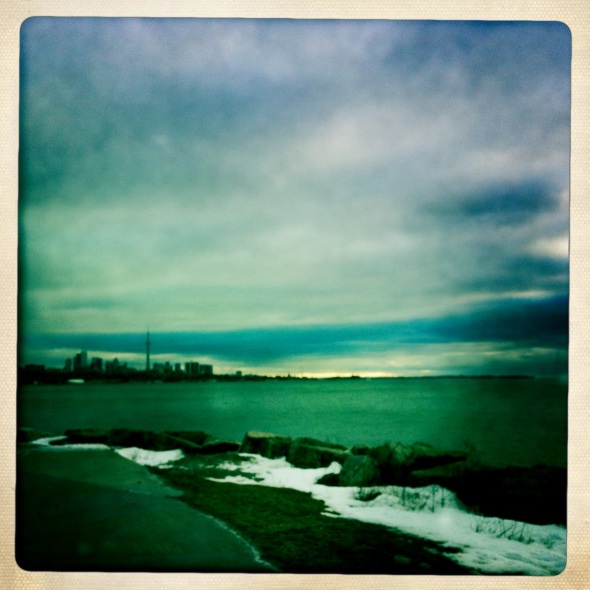 It was a rough morning around here.

Just when we thought there was a whiff of spring in the air, it began to snow. The clouds seem impenetrable.

I am overtired – we all are – and aching.

But, friends, it’s March, which means that despite all evidence to the contrary, spring really is just around the corner.

The snow will melt, the clouds will lift, the pain will fade.

In the meantime, I’ve been enjoying this glorious short film – directed by Luca Merli and discovered, by delightful chance, here – and making my best effort at “letting go of the anxiety of tomorrow.”

adios to all that. 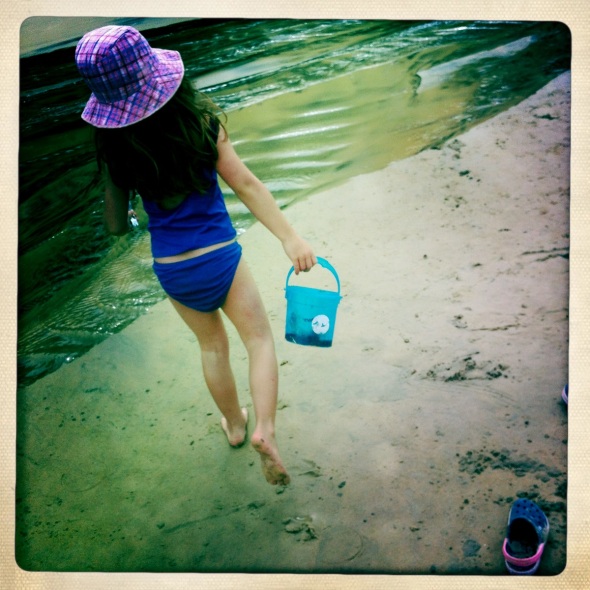 I am not overly fond of winter.

I should consider myself lucky, living as I do in relatively balmy southern Ontario – where winter is a bit of a joke compared to what most of the rest of the country has to face – but even still.

I can’t stand this weather.

I am never properly dressed for it. It makes me miserable, pinched and parsimonious, and I have been known to stay indoors for entire days just to avoid going out in it.

(I bet you can hear my whining even from way over there.)

So it was a great relief to pack bags and retreat to the sunny southern Baja last month. My husband was with us for just over a week, but my kids and I were away a full 16 days, obliterating the end of January and the first several days of February in a haze of hot afternoons and cold drinks and sunshine so bright it was nearly (but not really) unbearable.

We were there visiting my parents, imposing ourselves on the magical, bohemian life they lead in the winter: days spent on a beach largely deserted save for the wild horses who live there; fish tacos for lunch in a restaurant with a sand floor. The blender running just before sun down, nights perfectly cool for sleeping outdoors, and a greatest-hits list of favourite dinners from my childhood – a different one each night.

My kids ran wild and free, making friends with every single person they met, and even though we’ve been home for over a month now they are still asking me when we can go back. Before sleeping, we talk about the parts they miss the most: for my son, it’s the roosters; for my daughter, her grandmother.

I’m thinking longingly of that trip this morning, having woken up with a sore back to another frigid, grey, wintry day.

I’m marking off March with lines on the wall.

I’m already planning for next year. 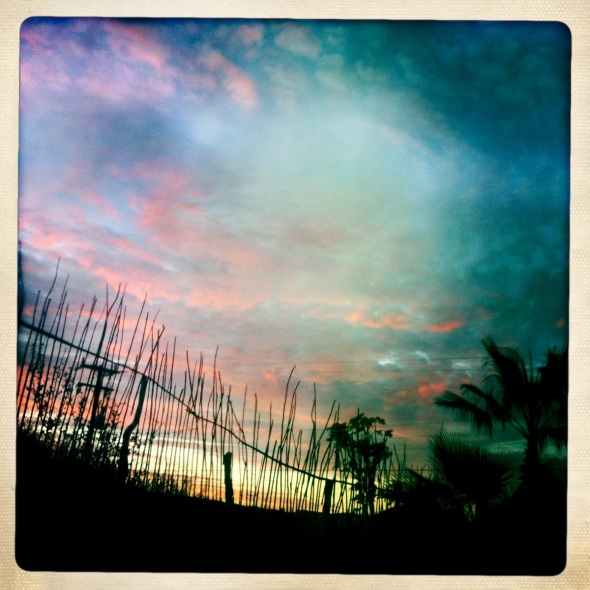 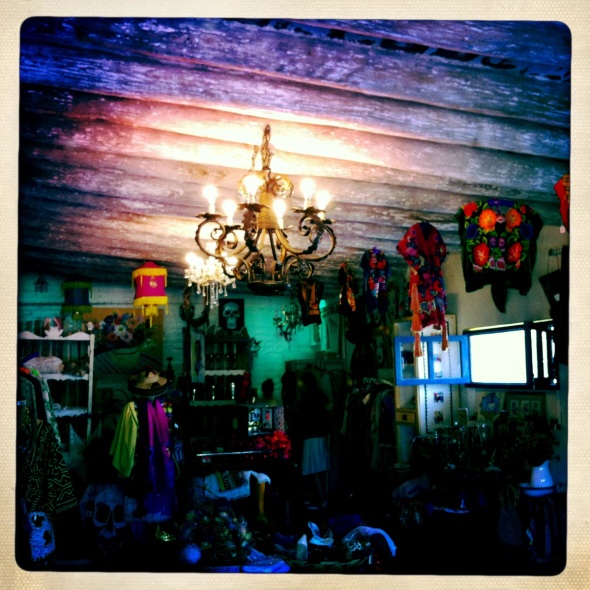 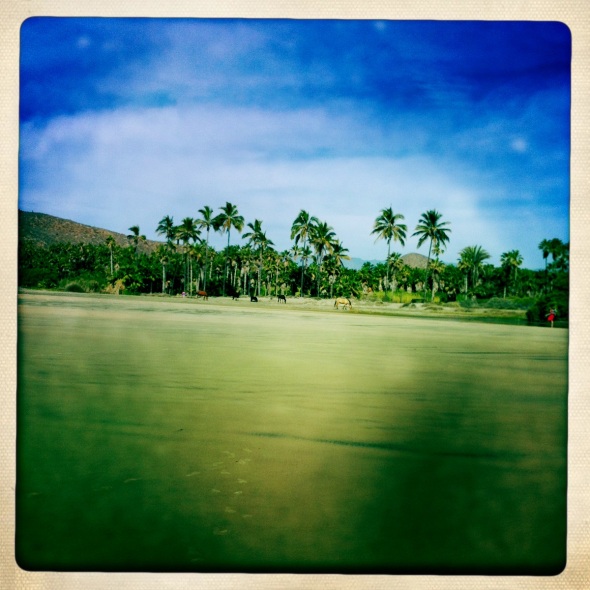 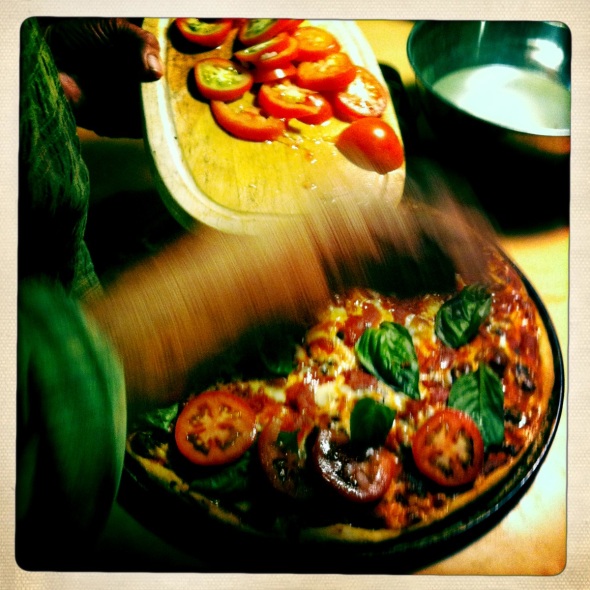 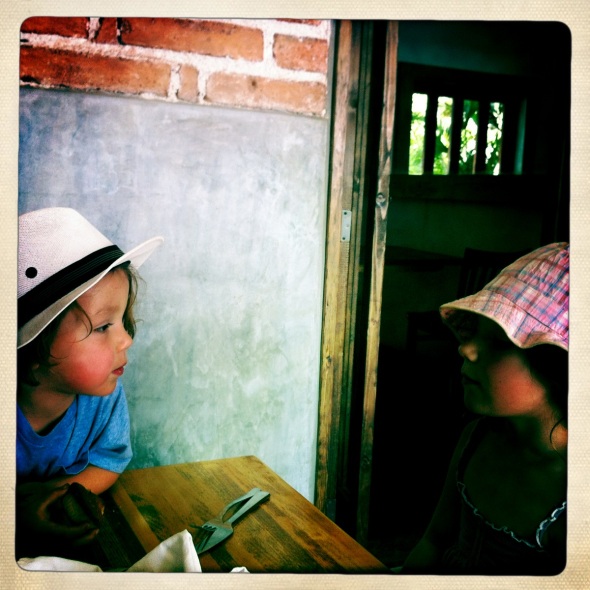 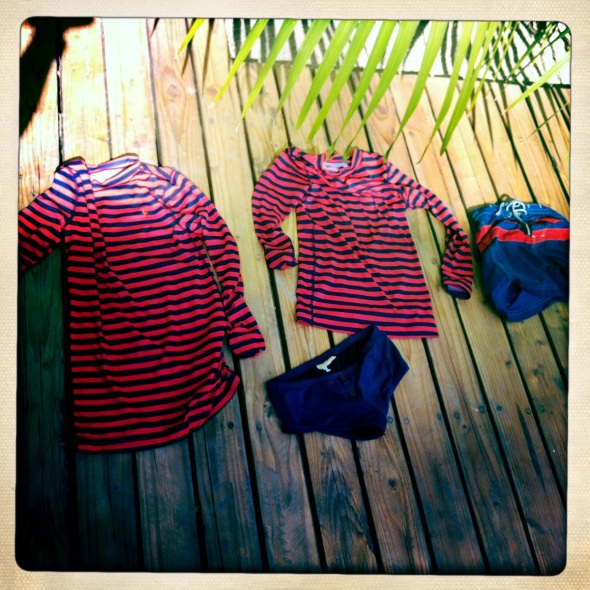 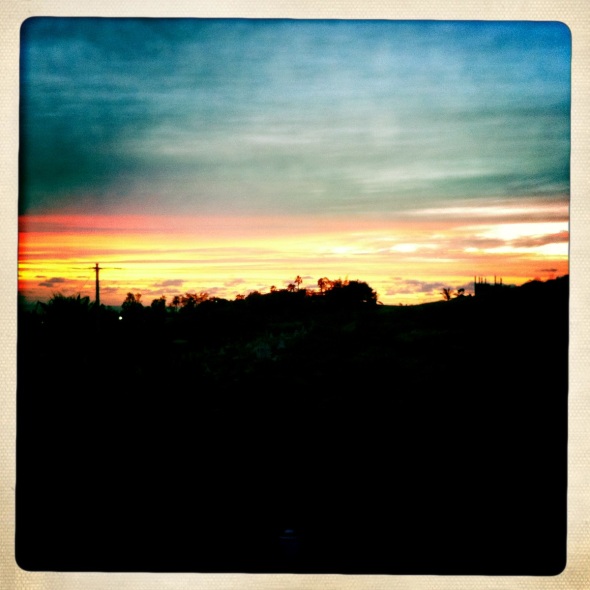